The government has launched a new campaign to help prevent the spread of coronavirus indoors over the winter months, urging people to continue washing their hands regularly for at least 20 seconds, covering their faces and observing social distancing measures to control infection rates and avoid a second wave. The Hands. Face. Space campaign will […] 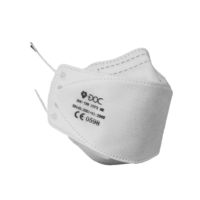 A privately owned road in West Oxfordshire has come in for criticism about the state of its surface. The road at Swinford Toll Bridge, which charges cars five pence to cross, has been described by one road user as looking like the tarmac “has melted”. The Oxford Mail reported on the concerns, with both motorists […] 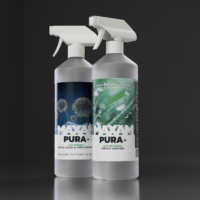 MAXAM PURA+ two-part mould treatment will firstly encapsulate the mould spores and safely remove them from the surface then leave a high performance antimicrobial barrier on the surface. This will completely kill the mould and prevent further use.

Now that lockdown restrictions are being eased around the UK, businesses of all shapes and sizes, and across all industries, are beginning to open their doors once again, allowing their workforce to return to the office and welcoming customers back with open arms once more. But it’s important to make sure that employees are comfortable […]

The government has announced a new scheme that will allow homeowners to receive finance of up to £5,000 to make energy-saving improvements to their home. As part of his ‘Mini Budget’, Chancellor Rishi Sunak revealed a £2 billion Green Homes Grant initiative that will cut the cost of energy bills for homeowners, as well as […]

The lockdown has had everyone gazing at the same four walls for what feels like an eternity, so the chances are that you’ve got a mental list of home improvements you’d like to achieve to improve your home and living space. Some people have the advantage of already possessing the necessary DIY skills, while the […]

The coronavirus lockdown has had everyone spending much more time at home, but that doesn’t mean you can forget about maintaining your home safety and security. During the summer months, it’s likely that windows are open, doors left ajar, and the garden is full of high-value items left out in the sun. While there are […] 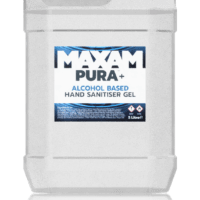